One of the main responses we encountered during playtesting was the user feeling lost and disorientated. To an extent this is exactly the kind of feeling we want to evoke with our design, however, there is a fine line between the player feeling a sense of awe or trepidation as a result of a disorientating and immersive experience, and simply feeling frustrated because they returned to the same point more than once purely because the area or structure looks virtually the same as all the others. With this in mind, I've taken several steps to breaking up the level in to similar, but distinct parts. 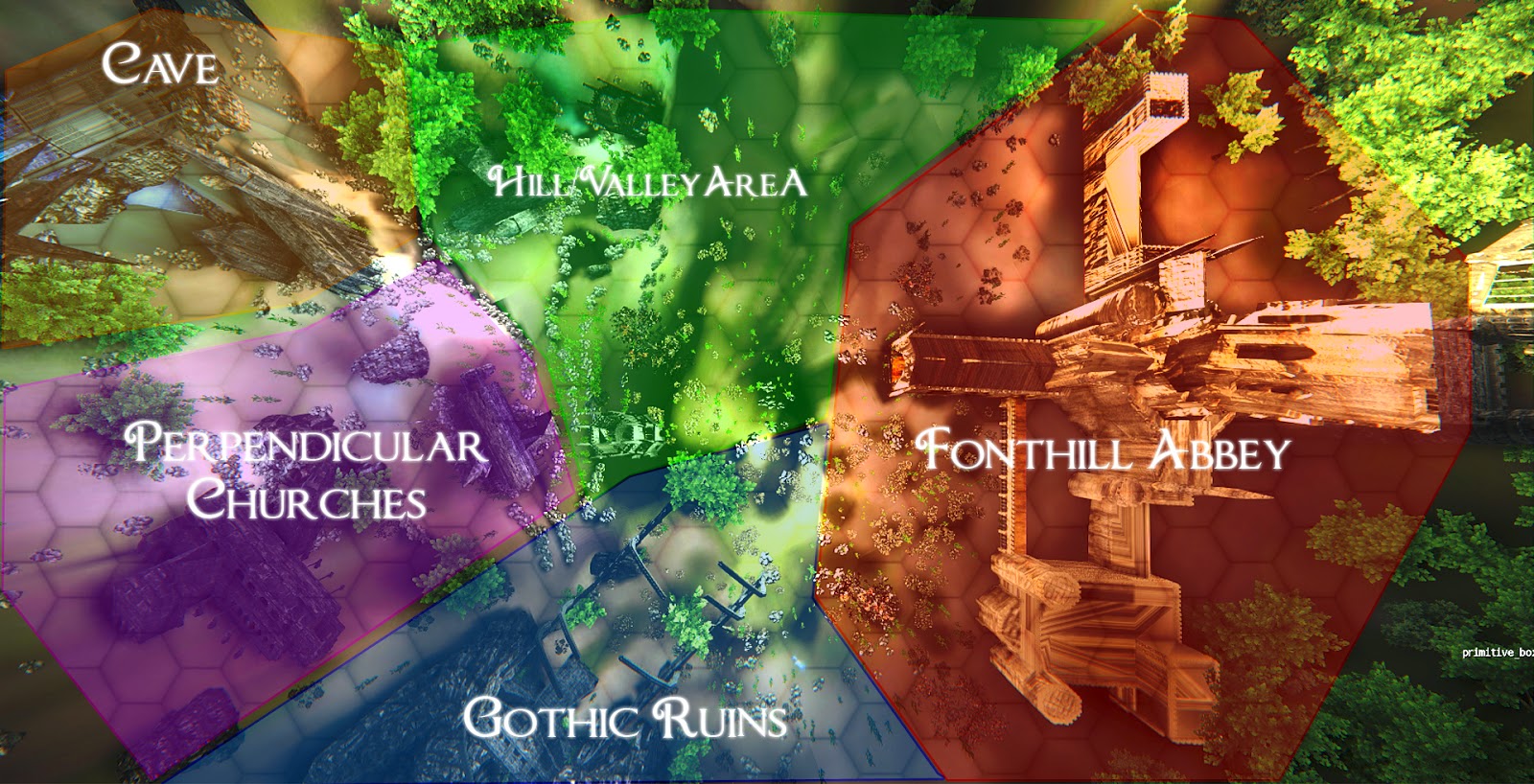 Varied structures
Adding in the Gothic ruins has already helped break up the ubiquity of the original church/cathedral model in use. I plan to add more structures to continue this.


Foliage
The addition of ground level foliage such as grass and trees has helped give more individuality to each area
Individualised buildings
In addition, I plan to make the interiors of each church unique, through small details such as floor tiles and props. This should help players remember whether they are somewhere new or not

Seb recently created some new particles for the player, these replace the existing playermodel, and allow for a reference point for when the player looks down, without cluttering up their vision with an animated body. I was able to blend the same particles with our existing collectables, which now move throughout the level, as moving pickups that the player must pursue will hopefully prove more interesting to collect.

In addition, I created some new particles for the entry points in to Fonthill, most prominently, the main entrance. These entry points will teleport the player inside the abbey.

Originally I had planned for the particles to be cold blue colours like the collectables. But after some discussion with the team I felt warmer colours would be more inviting, and make the player more likely to swim towards.

I've also begun creating the cave that players will start the game in. I created the cave walls, floor, and ceiling using polygon deformation tools in Max, and covered up the edges with Crysis rock objects. Originally, the cave was extremely bright due to reflections from the water and the time of day settings necessary for our underwater environments to not be pitch black. After looking up a tutorial though, I was able to use negative light to darken the cave, and get the look I wanted. 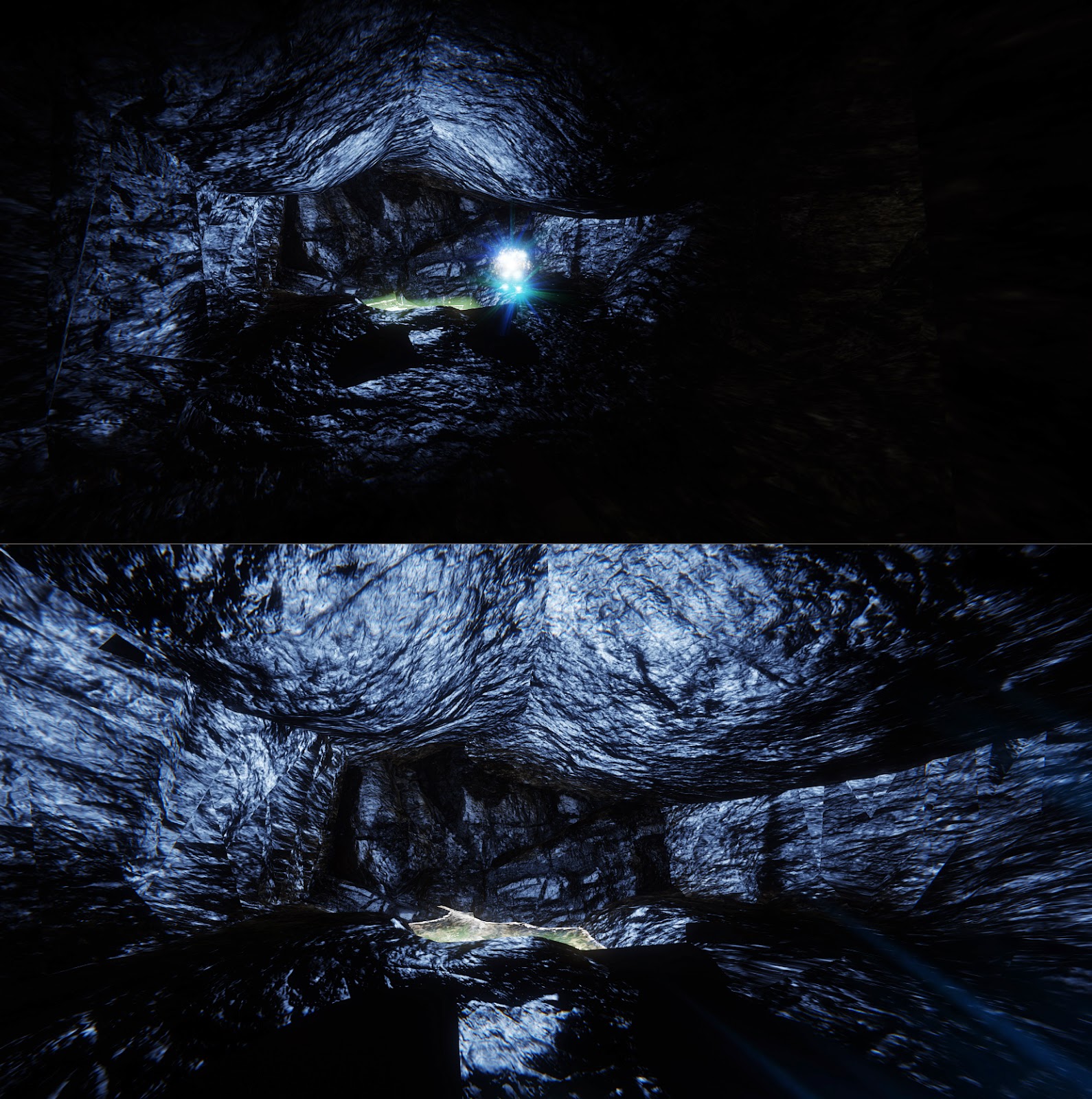